SowHope’s founder and CEO, Mary Dailey Brown, was honored by the American Red Cross on April 21st, 2016, for her work improving the lives of others around the world. As one of the “Hometown Heroes” being honored, she was presented with the Henry Dunant Global Impact Award. Mary truly is a Hometown Hero who has been able to spread her kindness all over the world. SowHope board members and other loyal supporters were so proud to be with Mary as she received this honor.

A short background on the Henry Dunant Global Impact Award:

After witnessing one of the bloodiest battles of the nineteenth century, Henry Dunant wrote a small book entitled A Memory of Solferino. His vision of relief organizations to provide care for the wartime wounded and to appeal to everyone to volunteer to care for those injured in conflict led to the creation of the worldwide Red Cross and Red Crescent movement and the original Geneva Conventions. For this work, he was a joint recipient of the first Nobel Peace Prize. This award recognizes an individual or organization that has looked beyond their backyard to serve and improve the lives of people from around the world. 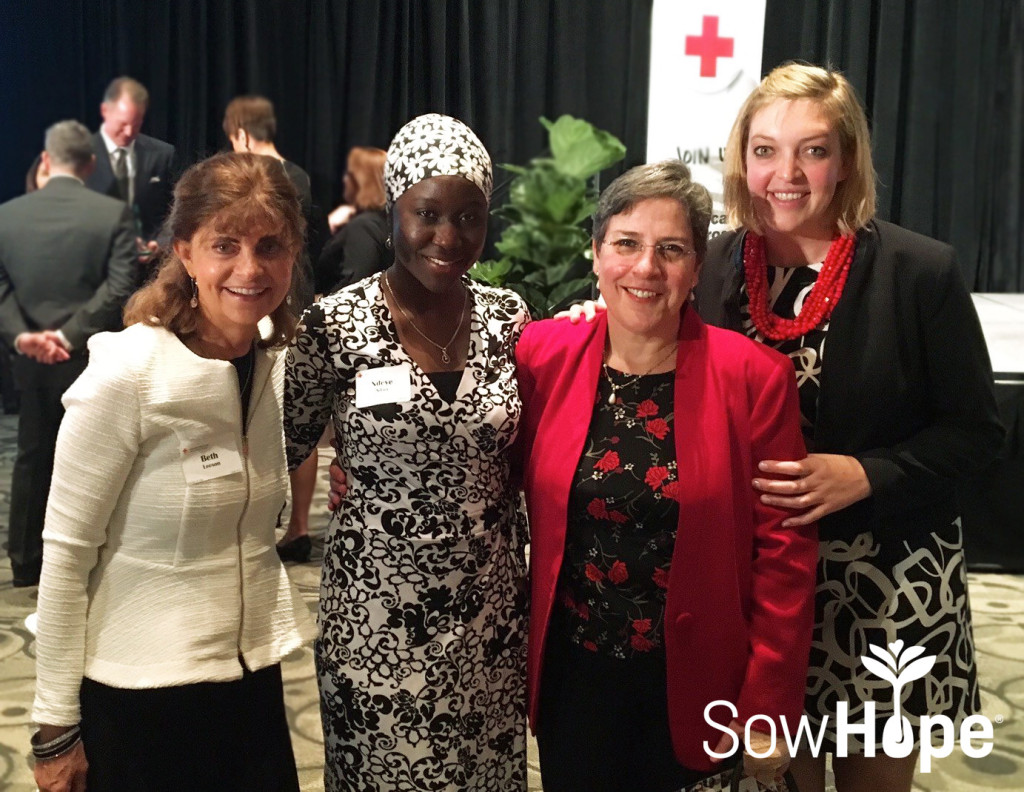 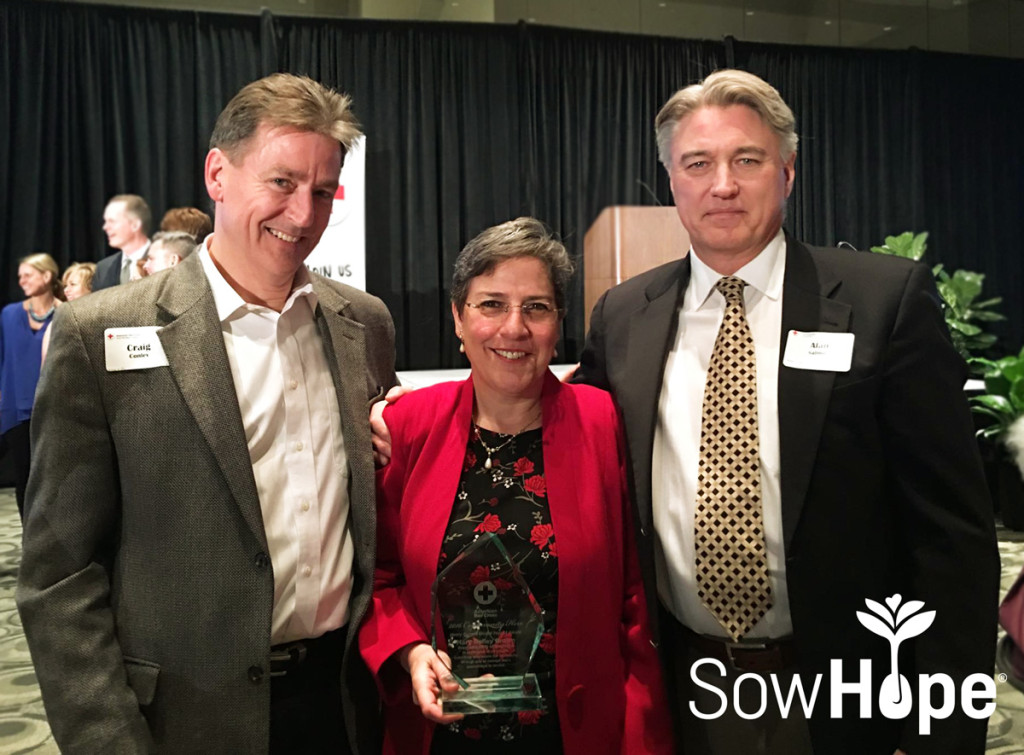