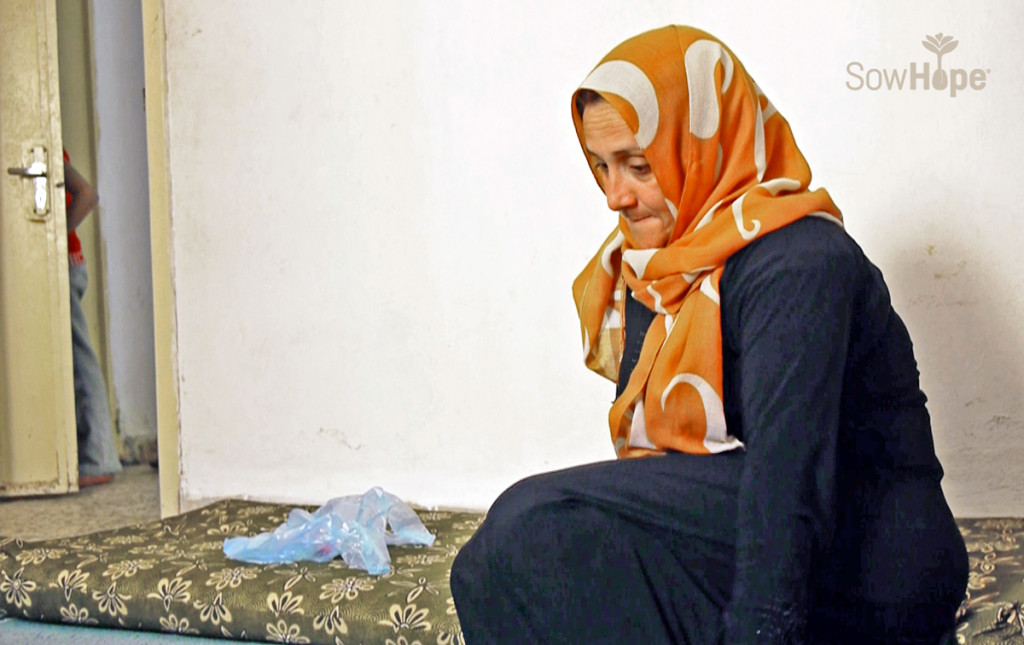 A Syrian woman in Jordan tells the SowHope team her story. Photo by Mary Dailey Brown.

This year, SowHope has formed a new partnership in the Middle East. In Jordan, the Global Hope Network (GHN) reaches out to refugees from Iraq, Syria, and Palestine, offering them classes in building self-esteem, tailoring, jewelry making, and using computers. GHN realized that these uprooted women needed emotional support as well as the ability to make enough money for their families to survive. So they created programs for just that purpose and asked for assistance in funding, which SowHope provided.

Encouraged by the empathy of middle schoolers around the world, SowHope is supporting an outreach program for Syrian women run by Global Hope Network. SowHope’s Jordanian partners have formed groups of Syrian refugee women in three areas and travel to gather them regularly and provide basic necessities and counseling. Most of these women are secluded, as refugees, suffering alone the traumatic effects of war without a support system. By gathering the women together and providing childcare for them during the meetings, the women are encouraged to openly share their stories. This process is healing as it emphasizes that the women have worth and value.

SowHope’s annual fundraising dinner is coming up on Thursday, Sept. 29, 2016.

A donation to SowHope has an exponential impact because supporting women leads to better conditions for their children, neighbors, and communities.