This is not the first time that we’ve been amazed by the generosity of young people and remarked, “Wow… kids just… get it.”

Last year a social studies class at Kenowa Hills Middle School, led by teacher Lynée Gilbert, decided that they wanted to raise money to help Syrian refugees after learning how difficult life was for this group. They raised over $600 and then approached SowHope for help connecting their funds to those in need. Shortly after this, another group of middle school students – across the world in another school – also raised money for the same purpose.

Now the two schools have connected through SowHope to encourage each other as they work to raise a total of $5,000 each throughout the 2016-2017 school year. If they both succeed, an anonymous donor has agreed to match them with an additional $5,000! 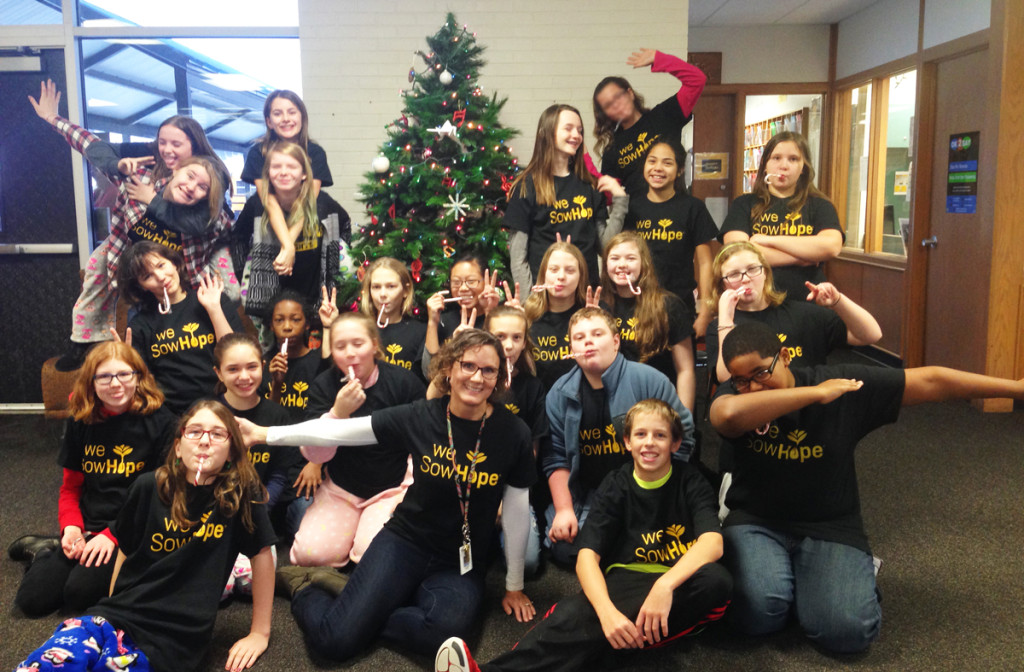 Just before the holiday break, the Kenowa Hills group held a bigger-than-ever-before craft sale where they raised over $1,700! Part of their profits this year came from selling t-shirts, pictured here. The group has named themselves the “Global Warriors” and come up with a motto: “Knights go beyond the classroom”.

Read more, including quotes from the kids, in an article published in the School News Network.