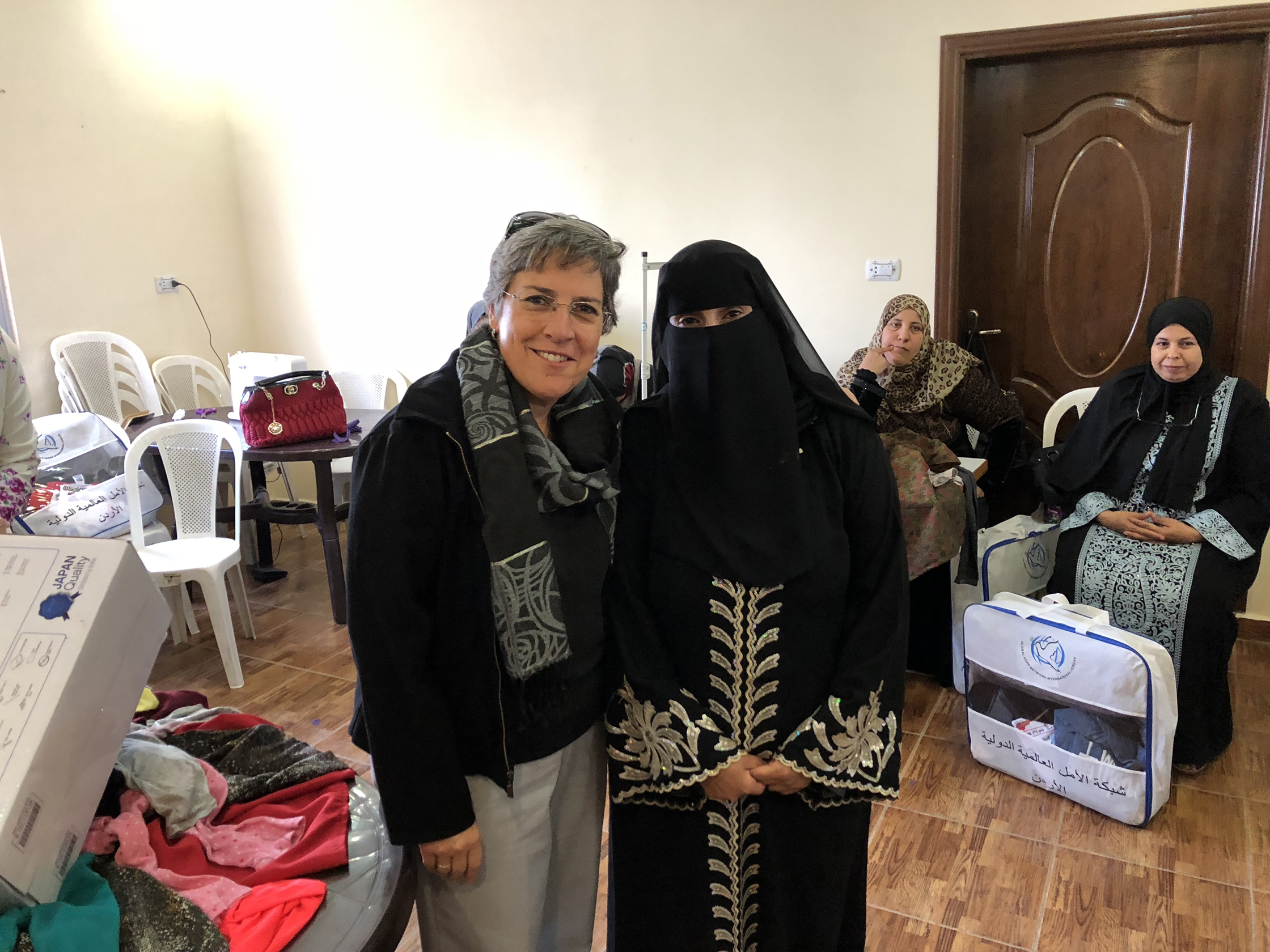 Recently, a small team visited SowHope projects in Jordan.  Former board members Dr. Pam Ogor and Beth Leeson accompanied SowHope president Mary Dailey Brown to this Middle East country. Jordan has a population of 10.2 million people of which nearly 3 million are refugees from their war-torn neighbors: Palestine, Syria, and Iraq.  The refugees are allowed to live in Jordan, but they are not allowed to work for wages. This has created a more safe, yet dire, circumstance for everyone. The team was able to eat lunch in the home of Iraqi refugees and to hear their story of escape from ISIS.  War creates a terrible toll not only on those directly involved, but also on those nearby.

SowHope has been funding a project to help impoverished women learn to sew. This is in partnership with the local city as they allow the women to use one of the empty city buildings to store their sewing machines and have their daily classes.  The classes not only teach a profit-making skill, they also serve as a way for women to gather together to form friendships and give support to one another.  So many impoverished women are isolated and do not have the benefit of close friendships.  The classes are a way for these women to get to know other women and share their lives together. The friendships are a source of great joy for the women. Thank you for helping to inspire women all around the world, even in some of the hardest places to live.