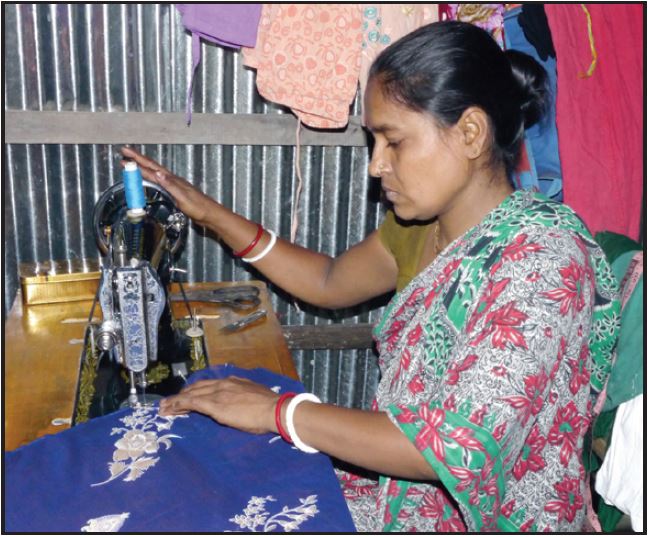 Vinita’s heart is overflowing. As the local leader of a SowHope funded project at a vocational training center in India, she reports that women are blossoming.

Three hundred women were trained at the center and all of them are now working, most from their own home businesses. The women are earning as much as $145 per month (or half the minimum wage of government workers) and a couple of them have even been able to build little houses. Many of the women who learned tailoring are making at least two dresses a day and some are earning more than their husbands.

Before training at the center, many of the women were not even permitted to step out of their homes. They were depressed and totally at the mercy of their families. Through coaxing by some of the trainers, the younger women’s families allowed them to go to the center where they were taught a variety of skills such as henna design, cosmetology, and tailoring. In the tailoring class, SowHope provided thread, material, and the best sewing machines!

Some of the beneficiaries have married and moved to different parts of India, but all of them are still working. Their joy is contagious. Today, they are a happy and confident bunch who have learned to speak up for their rights and to respect themselves as they contribute to their family’s income. Vinita ended her report with a big thank you for the investment of SowHope into the lives of the women. This project has truly empowering.