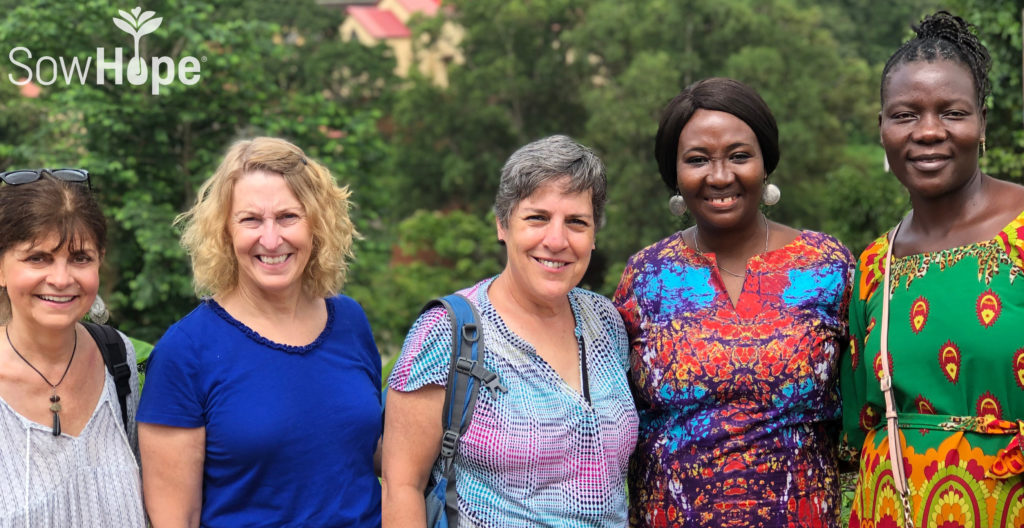 Reunited and it felt so good! Dr. Sylivia Juta, who served on the SowHope Board and Program Team from 2012-2017, hosted a SowHope team that traveled to Sierra Leone in June. Her husband Papa, originally from Sierra Leone, wanted to move back to help rebuild his country. They are both university professors who desire to boost individuals through education and economic empowerment.

Sierra Leone ranks as the 11th poorest country in the world, even though it is rich in agricultural and fishery resources and home to a large deposit of diamonds. After years of civil war and an Ebola outbreak in 2014-2015, there is finally a hint of economic recovery.

During the visit, Dr. Juta introduced the team to two local women leaders, Abbie and Victoria, who applied for SowHope grants to lead agricultural and sewing projects. SowHope met with several women’s groups to hear about the conditions in Sierra Leone. “It was wonderful to see the work of these two leaders to uplift impoverished women. They were both professional, caring women who are encouraging many other women”, explained Mary Dailey Brown, President of SowHope. Both leaders received grants for their projects to empower more women. It is thanks to people like Sylivia and Papa that SowHope is able to connect to these outstanding local leaders!