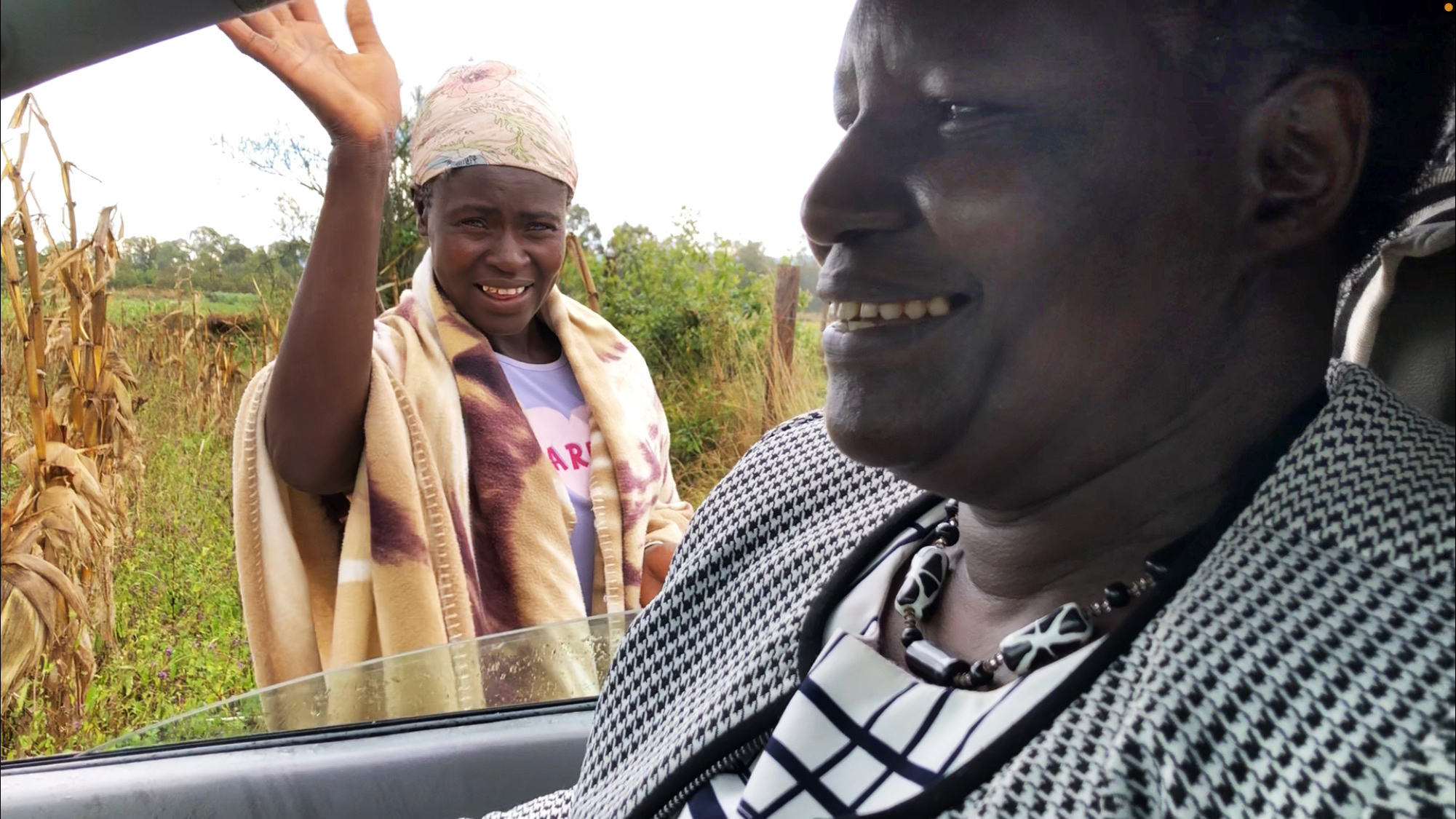 Josephine, right, is greeted by a woman from a microfinance project

SowHope partner Josephine, in Kenya, is an incredibly compassionate person. We first met her through a mutual friend who told us she was helping AIDS widows and orphans. At the time, she worked for the government and had recently heard of two children dying. She drove to the area where the children passed and began asking what happened. When she was told that they died of hunger, she asked if there were more children at risk of dying of hunger. “Many!” was the answer. Josephine immediately began to visit the area regularly, bringing food to distribute to hungry children and women. Eventually, she started her own nongovernmental organization, Hope for Life (HFL).

SowHope has been funding women empowerment projects for HFL since 2008. Ideally, we fund only sustainable development projects; however, we realized that the pandemic had created a global situation that required a temporary shift in our thinking. We offered our partners around the world stimulus funds to use in order to combat the severe economic effect of COVID-19 on our past beneficiaries and their communities.

It was no surprise when we heard what Josephine was doing early on during the pandemic. While most of Kenya was in lockdown, Josephine broke restrictions and drove to the poorer areas to distribute food she purchased with the SowHope stimulus funds. During a checkpoint stop, the police asked her why she was driving around. She explained what she was doing for the poor and was then taken to the Regional Governor. When the Governor heard all the good that she was doing, he wrote and signed a personal letter for her to carry saying that she was an essential worker, giving her permission to move about freely with no limitations.

Many lives were saved through Josephine’s efforts to purchase and deliver food and other goods to the poorest people she knows. She also took the time to train women in soap-making and teach about the necessity for good hygiene, especially during the pandemic. The women were able to sell the soap to make some money for themselves.

Thank you, SowHope supporters. Your gifts were a lifeline in many places around the world, especially this past year.