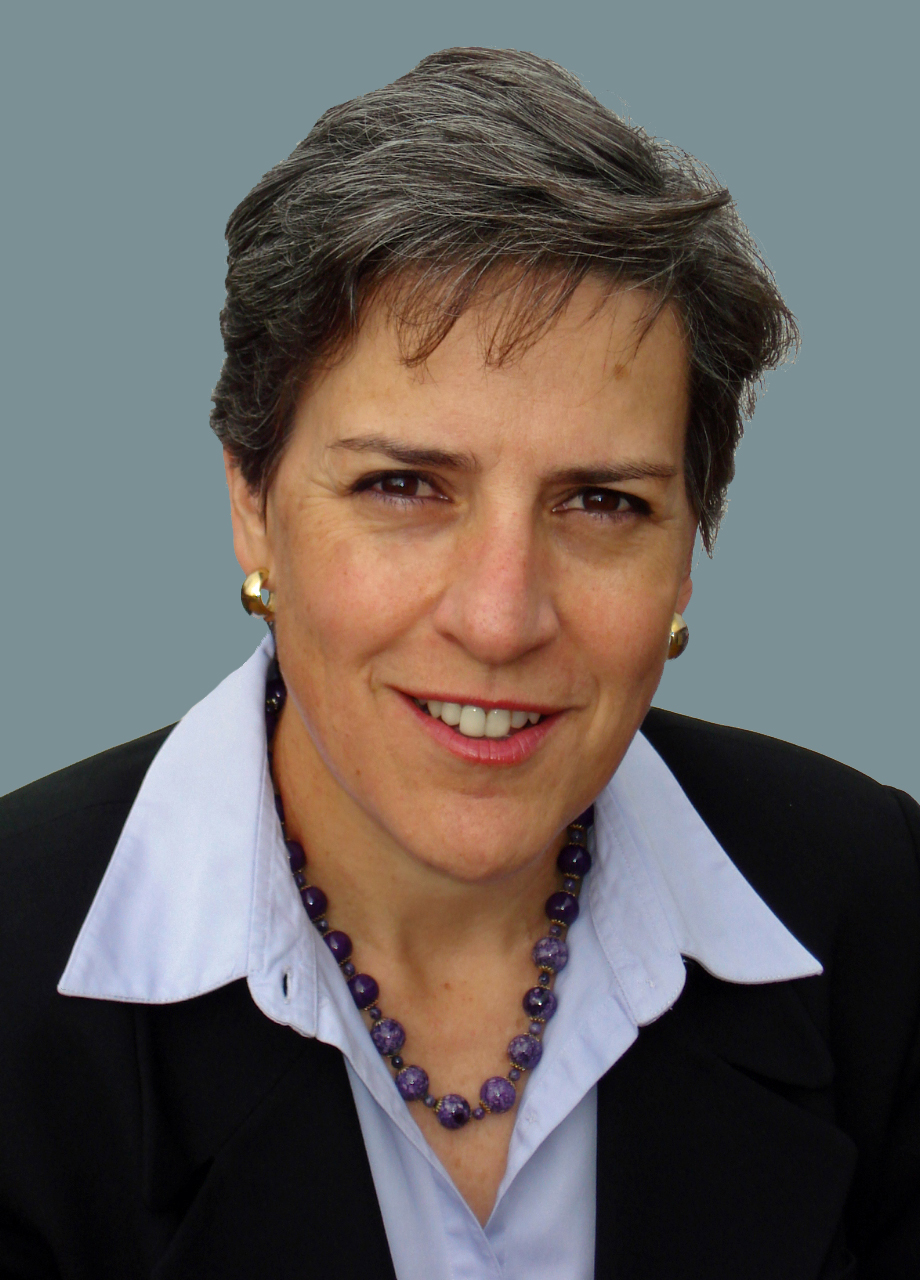 Mary Dailey Brown is the Co-Founder, President, and CEO of SowHope.Org. Over the past 35 years, Mary has visited and traveled to over 60 countries and been involved personally and vocationally with the poor.  She is fluent in Spanish, having lived in Spain for nearly four years. She has led over 100 volunteer teams to 30 countries.

Mary earned a BA from Southern Illinois University with majors in Photography and Psychology.  She completed a Master’s of Public Administration (MPA) in Nonprofit Management and Leadership at Grand Valley State University, where she is now an adjunct professor.

Mary worked at the White House as a staff photographer serving presidents Carter and Reagan.  She owned a professional freelance photography business in the north suburbs of Chicago for 10 years.

Mary served as the founding Executive Director of Love Inc (formerly, the US branch of World Vision) of Lake County, IL.  She was the Director of Missions at Bella Vista Church in Rockford, MI for eight years, and it was during that time that she traveled to many third world countries and developed the vision to start SowHope.

Mary has been married to Doug Brown, SowHope’s other Co-Founder, since 1981. They have two adult sons, John & Alex.

Building accountability measures and systems to ensure that organizational efficiency related to goals, steps and tasks are completed effectively.

Amy Lindholm (Administrative Director) began working for SowHope in June of 2015 after volunteering on SowHope’s Program Team and serving as the team leader. Amy earned a Master’s of Public Administration from Grand Valley State University and her Bachelor’s from Kalamazoo College, and she previously worked in case management for Kent County, Michigan. Amy loves to travel, learn languages, and give back to her community, and she currently volunteers as an after-school tutor for students attending Grand Rapids Public Schools.

Meagan Roland (Intern) is completing her Bachelor’s in Political Science through Grand Valley State University, with concentrations in Criminal Justice and Non-Profit Administration.

Processing and recording income and expenses for SowHope and fulfilling government financial requirements and forms.

Identifying appropriate funding sources, implementing an action plan to reach those sources and mobilizing the board and others to solicit sufficient donations for SowHope to operate effectively.

Sylivia Juta (Projects Director) holds a doctorate in Public Administration from Western Michigan University and a masters in Public Administration from Grand Valley State University. She is Office Manager for Gabriel Financial Services, LLC, and a member of the Grand Rapids Chamber of Commerce and Toastmasters. Sylivia is happily married to Papa Njai, a professor at Muskegon Community College. She enjoys reading, knitting, running marathons, and playing tennis and volleyball.

As SowHope grows, we are seeking to spread the word to new regions in order to enhance our capacity to support more projects benefiting women in developing nations. We have recently started a ‘Regional Representative’ position with our first two Regional Reps based out of South Carolina and Colorado.

Katelyn serves as SowHope's Marketing Team leader and is inspired by hearing stories from SowHope project visits. If you are located in her region, Katelyn would love to get in contact with you. Fun fact: Katelyn started writing a travel blog after studying in Spain (www.thesuitecaseblonde.com).

Robin has been a long-time supporter and friend of SowHope. This new role is a natural transition. If you are located in her region, Robin would love to get in contact with you. Fun fact: Robin is an avid sewer and crafter. She loves to make personal gifts for family and friends.

We are always looking for talented professionals to volunteer their expertise on our working teams. Visit our volunteer page for more information. 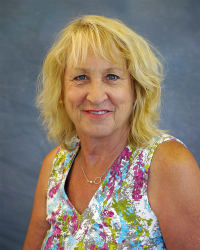 Ruth Posthumus (Board Chair) is a former Principal at Kenowa Hills Public Schools. She has her Master’s in School Administration from Calvin College and also attended Law School for one year. She brings her educational and leadership skills to SowHope and her commitment to helping women. Ruth has worked on Diversity Committees throughout her career as well as for a Racism Free Grand Rapids. She is a member of the Economic Club of Grand Rapids and the World Affairs Council. She is devoted to her family, husband, children, and grandchildren as well as her very large extended family who live and work throughout the globe.  Ruth’s passion is working with young adolescents and honoring each and every one for their unique personalities and perspectives. Ruth also loves to read, paint and draw. 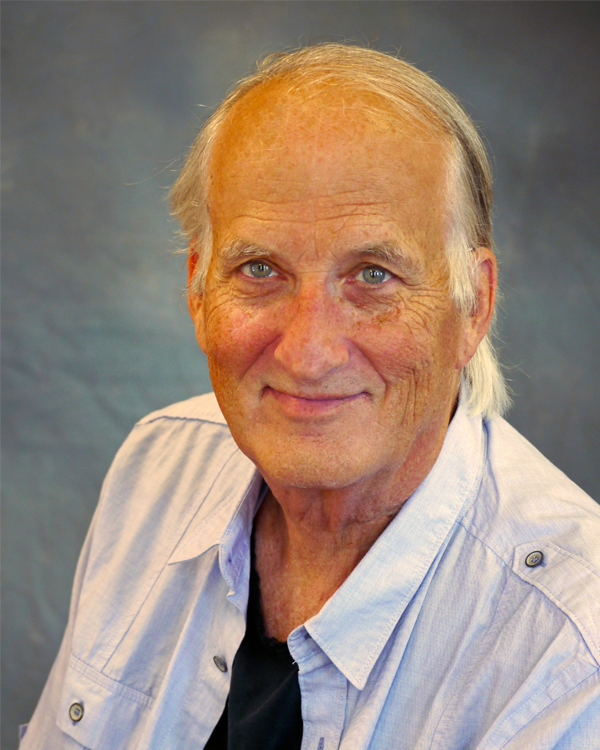 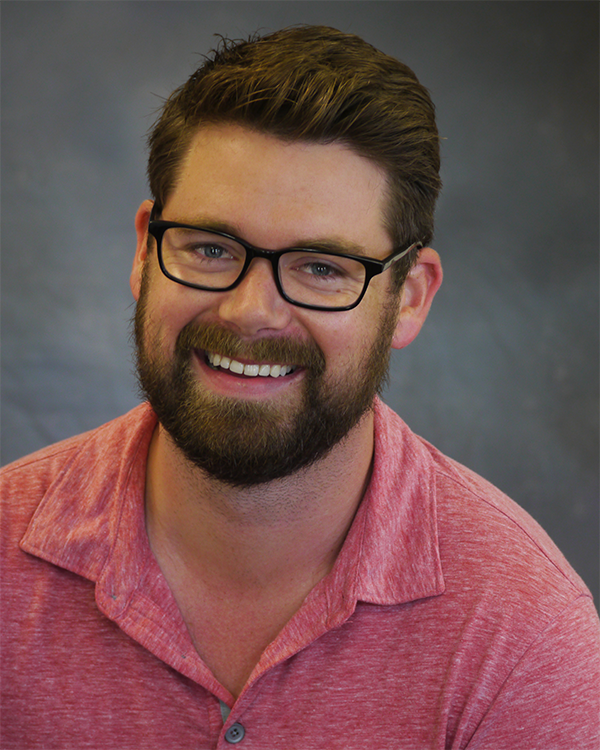 Jonathan Williams (Board Secretary) has been working with business owners for the last 15 years as a strategist and growth consultant. With a strong focus on digital media, marketing, and communications he’s thrived on projects across the country. Jonathan has helped found four unique startups and is a well-traveled keynote speaker. He loves the space between an idea and its execution—while adapting with new resources and technology. 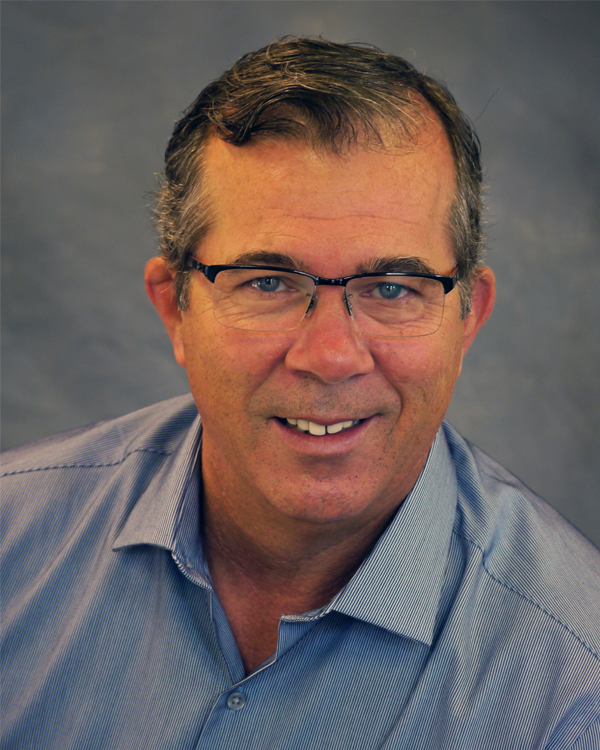 Alfred Longtin (Board Treasurer) is the Founder of Longtin Family Companies, a boutique financial consulting firm that was established in 1992 to serve ultra high net worth individuals, families, and entrepreneurs across the United States . Al has achieved the designation of Chartered Financial Consultant and Chartered Life Underwriter with the American College. He is currently serving on the Creative agent Advisory Board (CAAB) for Creative International Corp. Al graduated from Eastern Illinois University with a B.S. in Finance. He also spent four years in the U.S. Navy. He is a former competitive national road racer and also enjoys golf, running, and cycling. Al and his wife have two children and reside in New Lenox, Illinois. 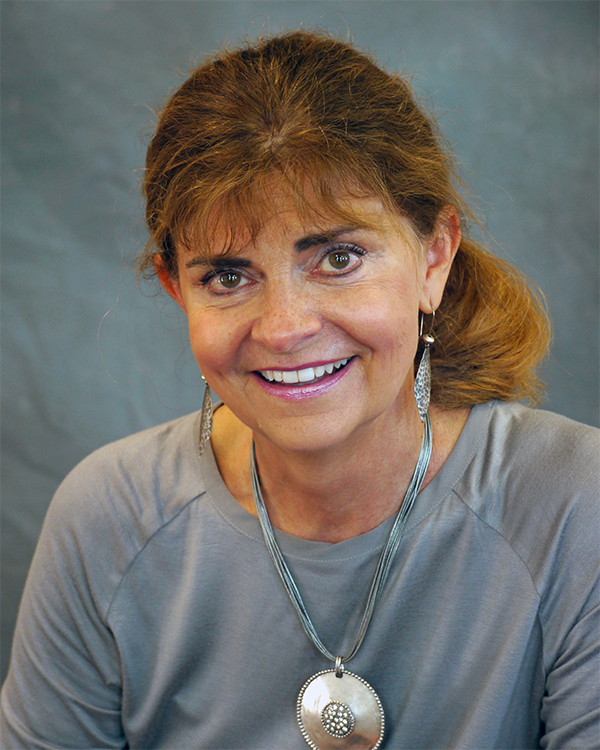 Lizbeth Leeson works for the Center for the Study of Social Policy in Washington D.C. as a senior associate, with a strong background in policy and community change, working for local, state and national organizations. Beth has her Bachelor’s in social work from Michigan State University, her Master’s of Public Administration from Western Michigan University, and earned a certification in financial planning from the Denver College of Financial Planning. Beth loves adventure — anywhere, large and small — almost as much as she adores her two little granddaughters and family currently living in the Southwest. She travels widely, is on a spiritual quest to learn about all the world’s great religions, and allows her artistic side to venture out through simple and healthy cooking. Beth also serves on SowHope’s programming committee. 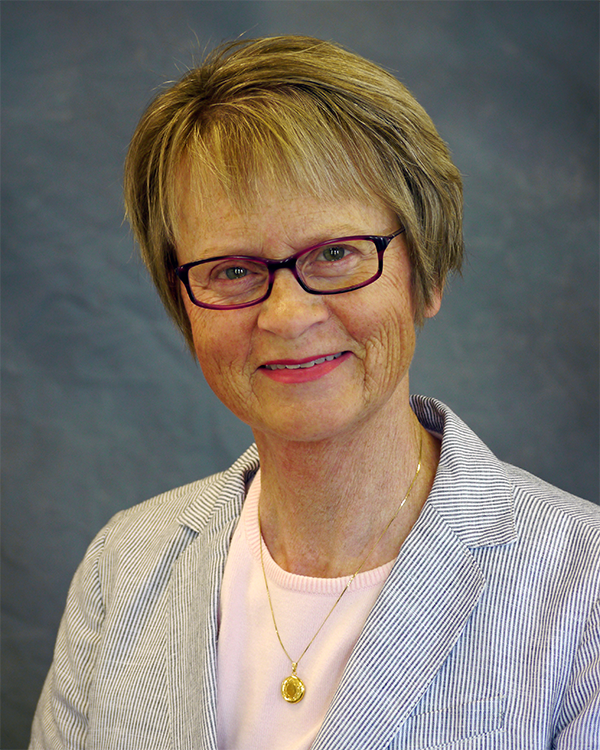 Carol Washburn is a former adjunct professor at Grand Valley State University and Calvin College. She graduated from Calvin College and did graduate work at Michigan State University. In addition to teaching at the collegiate level, she has taught middle school, high school, and adult education. She keeps busy with volunteer work, such as leading Bible studies, working with anti-human trafficking groups, and helping recent immigrants with legal issues, writing skills, and employment projects.  She remains active in her church, loves spending time with family and friends, and, as time allows, enjoys hobbies such as reading, gardening, and cooking. 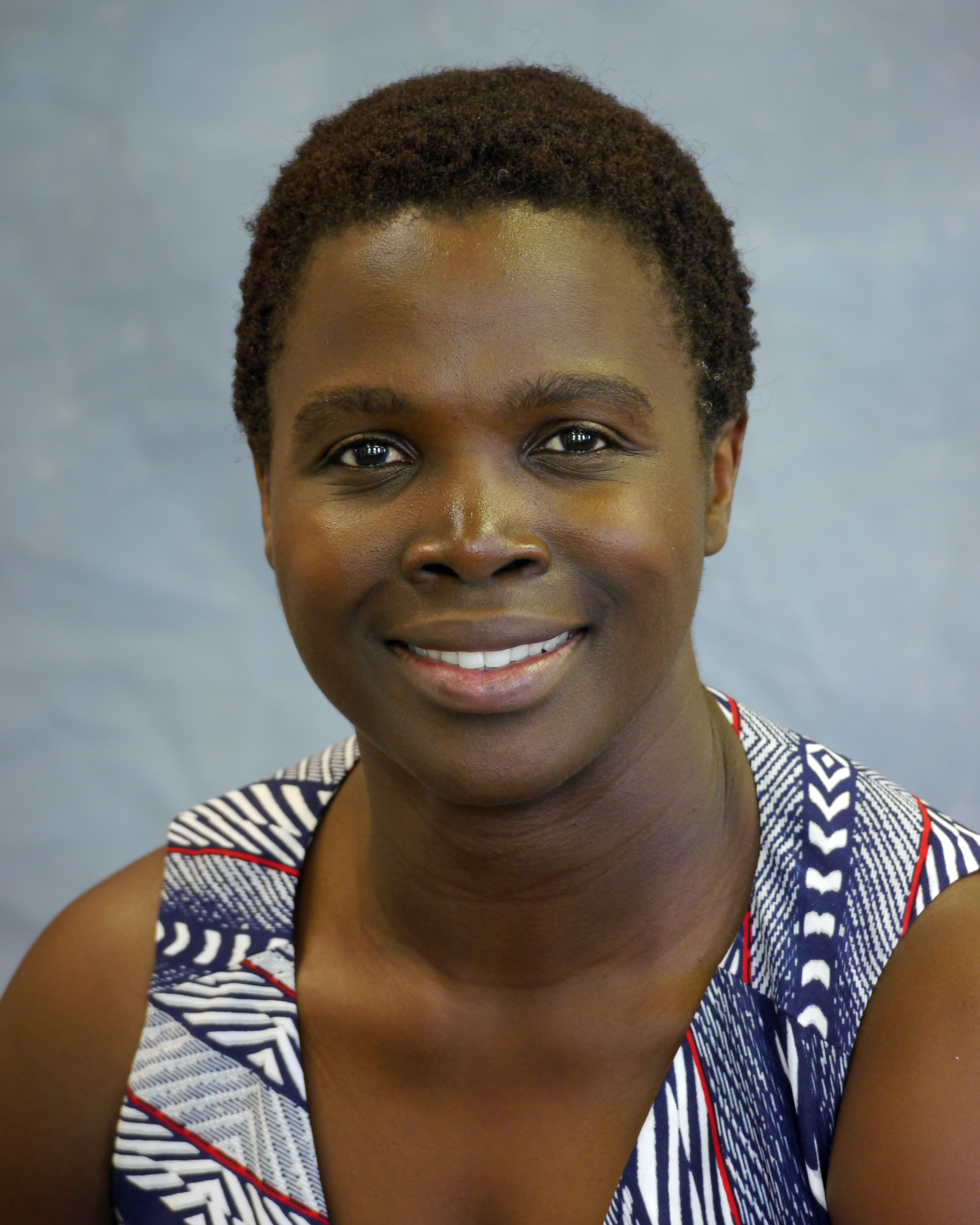 Genevieve Sabala is an Instructor of Social Work and MSW Field Coordinator at West Texas A & M University. She previously worked as a Senior Employment Specialist and Complex Medical Case Manager at Bethany Christian Services in Grand Rapids, MI. She holds a Bachelor of Arts in Sociology from Egerton University in Kenya. She earned a Master’s of Social Work and Master’s of Public Administration in Nonprofit Leadership and Management from Grand Valley State University. She was a leadership fellow for 2 years in the Cook Leadership Academy at GVSU. She has Certification as a Professional Medical Interpreter. She is a former Vice President of the Board for Holistic Global Partners. She currently serves on the Advisory Board for Kenya Matters and Leadership with Purpose Advisory Committee for Michigan Nonprofit Association. In addition to English, she speaks Swahili, Luhya and basic French. Education, women, children, and economic empowerment are some of the causes she cares about. She enjoys outdoor activities including jogging, running, biking, and swimming.