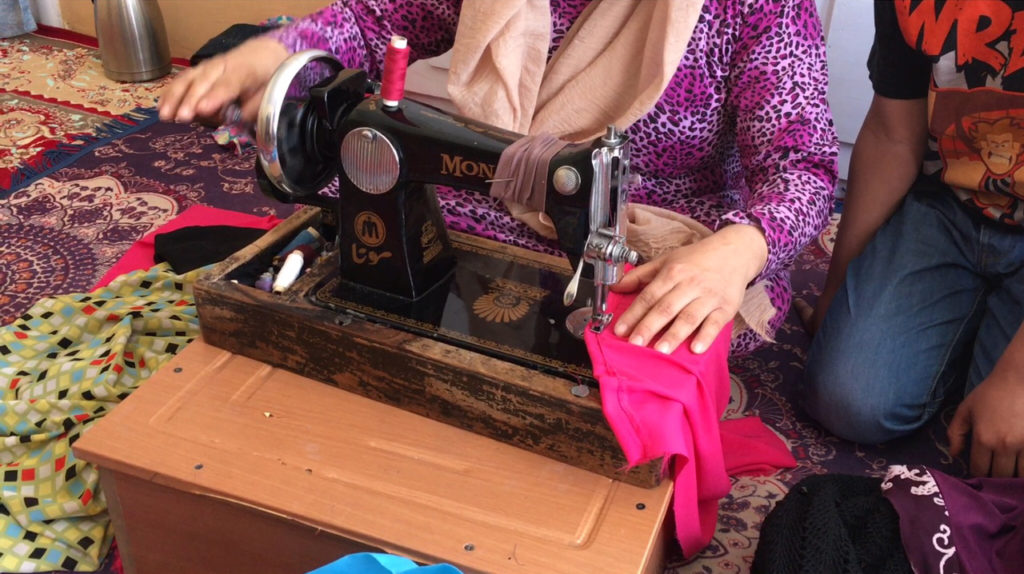 During a visit to one of SowHope’s funded partners in South Asia who runs a Transitional Care Center (TCC) for trafficked and abused girls, women, and their children, one mother tearfully described what her life had been like. Elham was regularly beaten and sexually abused by her husband. She said that she could withstand the mistreatment, but when her husband began to abuse her 14-year old daughter, she became desperate to escape from him. Typically, this is very risky and would be nearly impossible to do.

Elham went to the local police for help, but they told her that she was the problem and sent her back home. With great determination and the help of a brave neighbor, she made her way to the city to find help for herself, her daughter, and her young son.

Eventually, Elham and her children arrived at our partner’s TCC that gave them a safe place to hid and live for 3 years. “For the first time in our lives, we lived in a calm environment free of fear and nightmares”, Elham said. Because the husband was a powerful man with many connections, they could never risk stepping foot outside of the shelter. During that time,the shelter provided food, clothing, medical care, and counseling for Elham and her children. Elham attended literacy classes and learned how to read and write. She also earned a small income by sewing clothes. The children continued their education at the shelter. Finally, with financial support from SowHope, our partner was able to secure the necessary paperwork, make travel arrangements, and find appropriate housing and a support network to reintegrate the family to another country.

Since finding her “second life”, Elham says, “We are so happy that I cannot begin to explain our happiness!” Her son said, “Now I can live without fear. I can go to school and even join a football team!”

With your help and the support of our partners, Elham and her family can live in freedom.